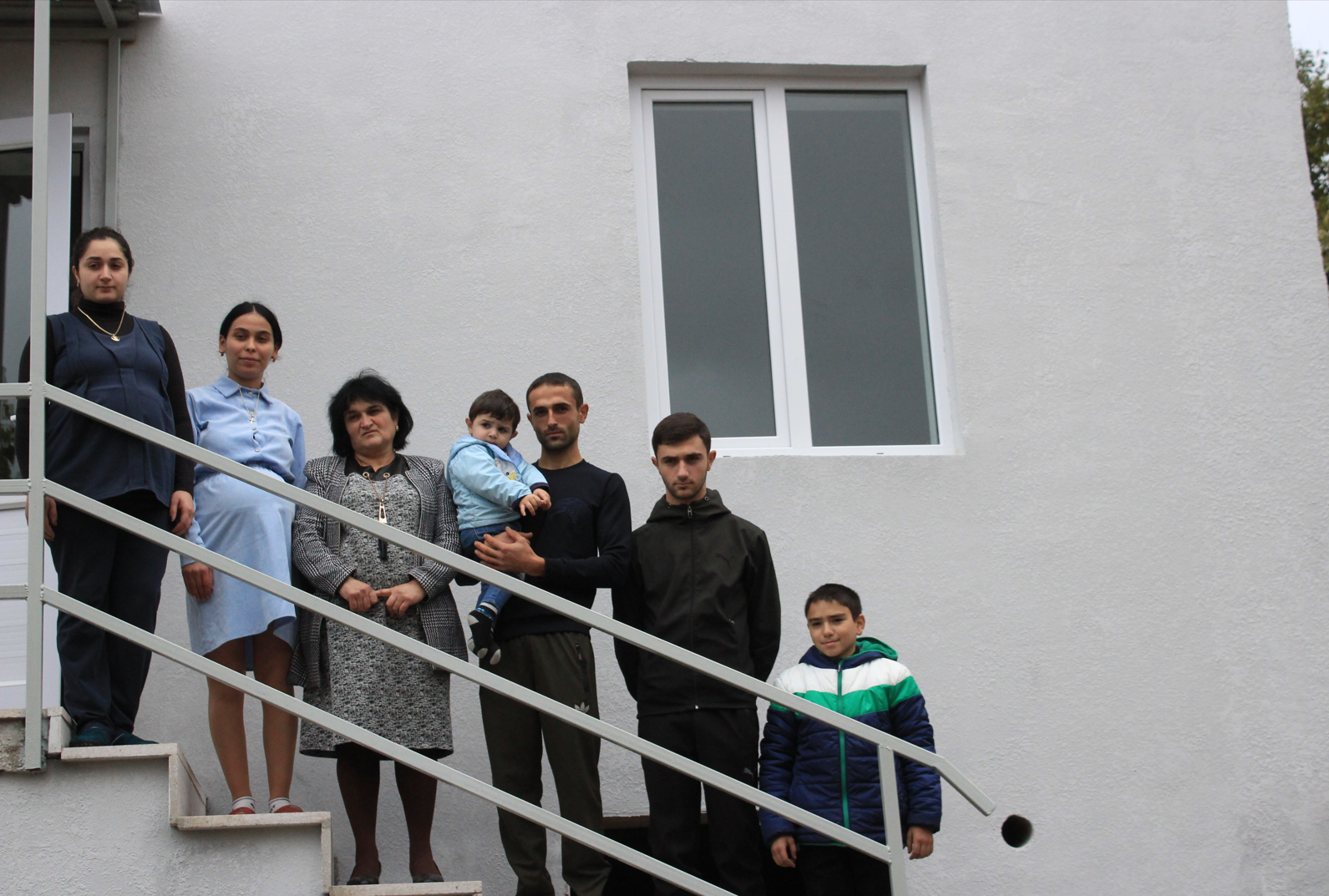 Kherkhan, Martuni, Artsakh (TUFENKIAN FOUNDATION)—The family of Stepan Seyranyan, a 52-year-old volunteer who was killed during last year’s war in Artsakh, was given the keys to its newly renovated and expanded home on Oct. 19.

A before and after of the Seyranyan home (Photos: Tufenkian Foundation)

“We had started construction on an addition to our home to meet the needs of our growing family. The [2020] war derailed our plans,” explained Stepan Seyranyan’s widow Marine Seyranyan. Marine shares the home with her three sons and daughter-in-law. “We are forever grateful to the Tufenkian Foundation for their help during this difficult time,” Marine added.

The expansion of the Seyranyan home, which was financed and implemented by the Tufekian Foundation, includes the addition of two new bedrooms, a kitchen, and a bathroom. All of the home’s existing rooms were also renovated and the windows throughout the property were replaced.

In his remarks at the Oct. 19 reception marking the completion of construction, Tufenkian Foundation operations director Greg Bedian said that the Foundation was happy and proud to renovate the Seyranyan home and to hand over the keys to a family that had sacrificed so much for its nation.

“The Seyranyans and the people of Kherkhan are not alone. This gesture is our Foundation’s way of honoring Stepan’s service and his memory. I assure you that the Armenian people around the world stand with you and with the people of Artsakh during this time of rebuilding and rising from the ashes,” Bedian thanked the St. Sarkis Charity of London for their support in renovating the Seyranyan home, and explained that the Foundation’s renovation and reconstruction efforts were ongoing.

Earlier in the day, Hayk Hayiryan, who was injured in last year's war and whose home was damaged by Azerbaijani fire, was given the keys to his rebuilt and newly furnished home in the town of Martuni. 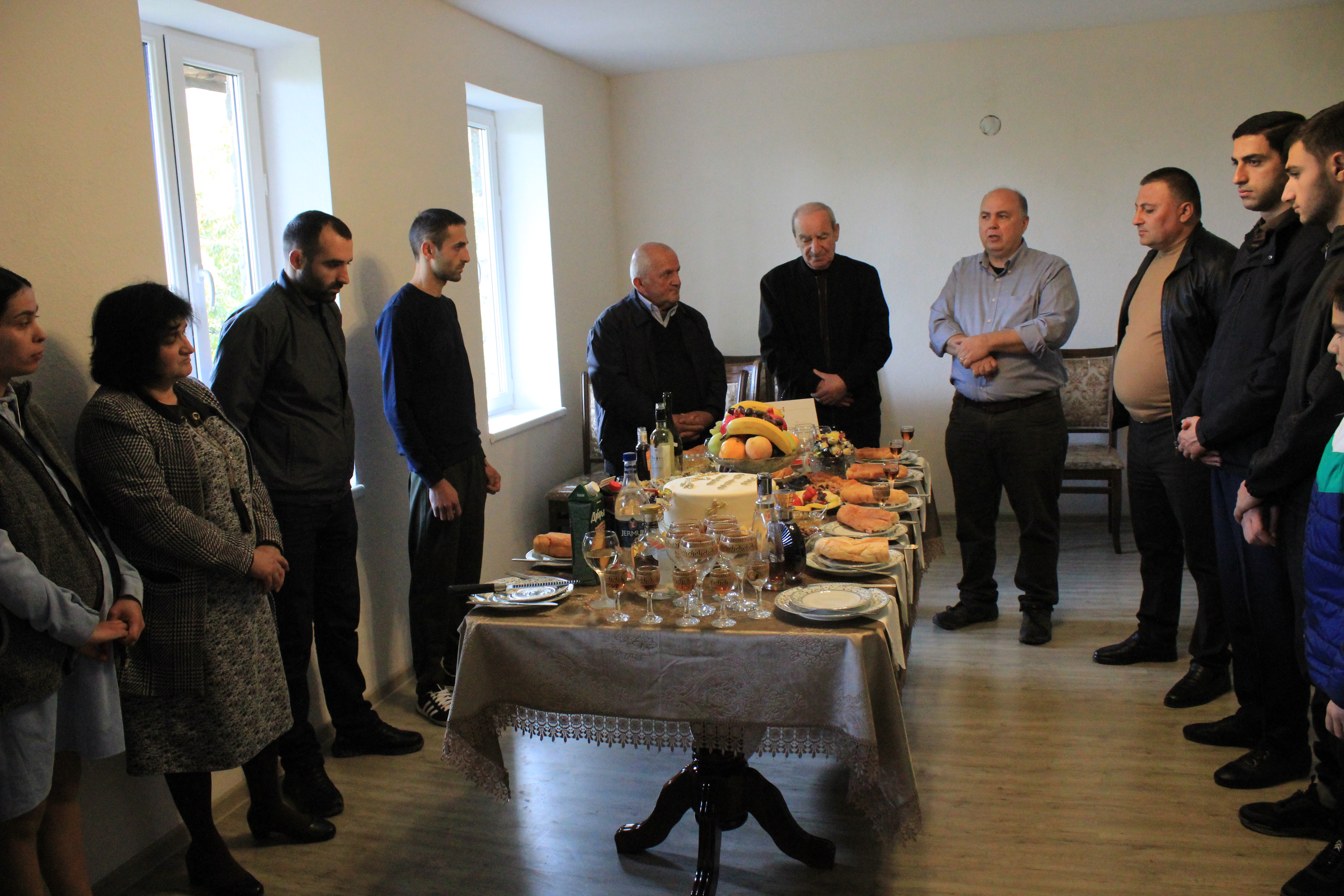 The Seyranyan family residence is the eighth of a total of 13 homes in the region that the Tufenkian Foundation is renovating following the 2020 War. The program focuses on the Herher cluster of villages (Herher, Tsovategh, and Kherkhan), the nearby village of Machkalashen, and the town of Martuni.

Through the program, residences that have suffered major damage during the war, as well as the family homes of fallen and wounded soldiers, are being completely repaired and renovated.

Stepan and Marine Seyranyan’s daughter Ani, who has a family of her own and lives in the same village, said that the Seyranyan family is determined to carry on her father’s legacy for years to come. “We are proud of his sacrifice. Our father died fighting for peace and we know well that peace cannot be attained without real struggle,” Ani explained. Stepan was martyred on Oct. 22, 2020, while defending Martuni’s Jivani village. “Though this is a difficult time for us all, my brothers and my mother will now be able to comfortably live in our family home and we will continue to thrive on our ancestral land,” Ani added.