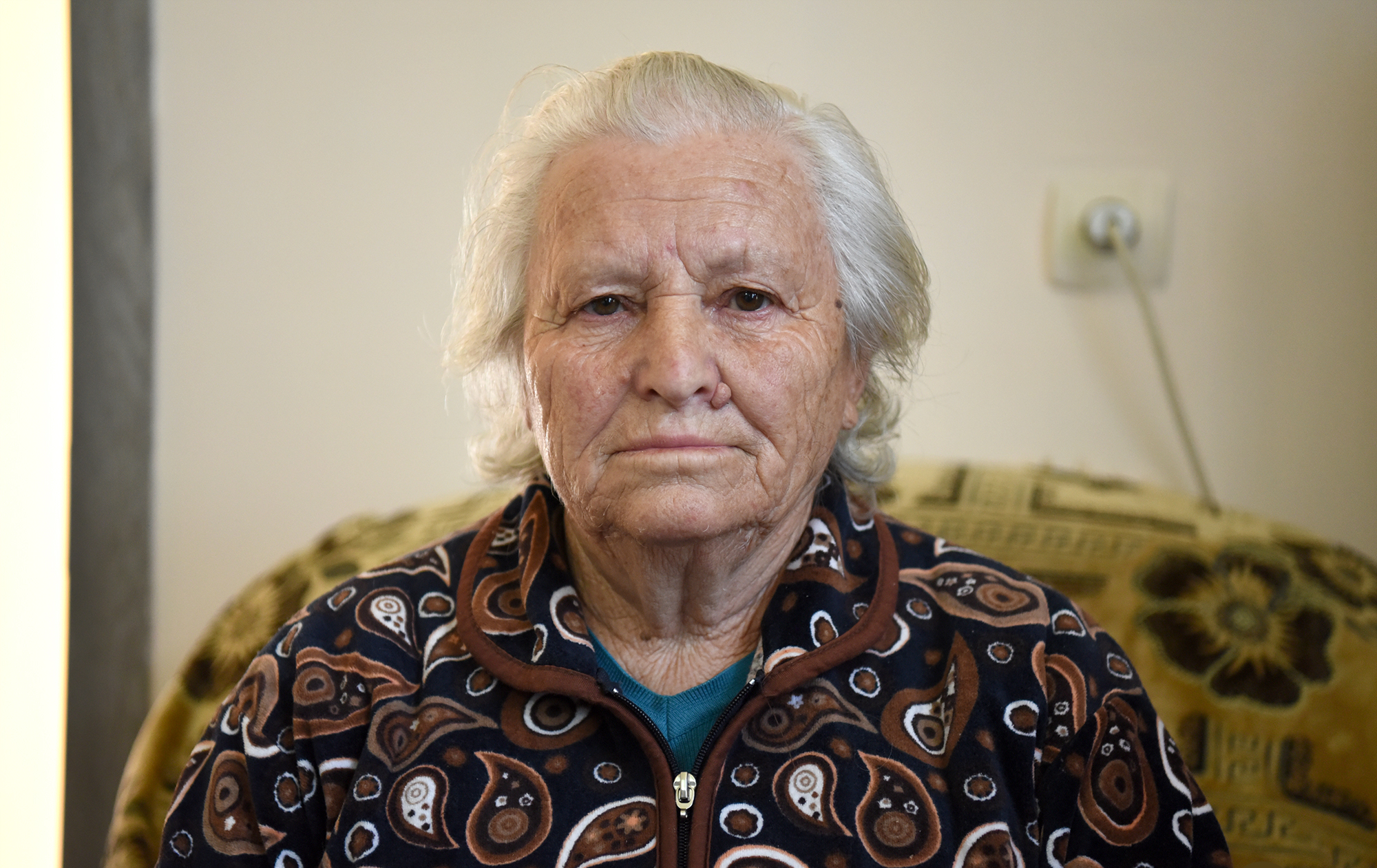 Herher, Martuni, Artsakh (TUFENKIAN FOUNDATION)—The family of Ararat Grigoryan, a volunteer who was killed during last year’s war in Artsakh, was given the keys to its newly renovated home on Feb. 8. 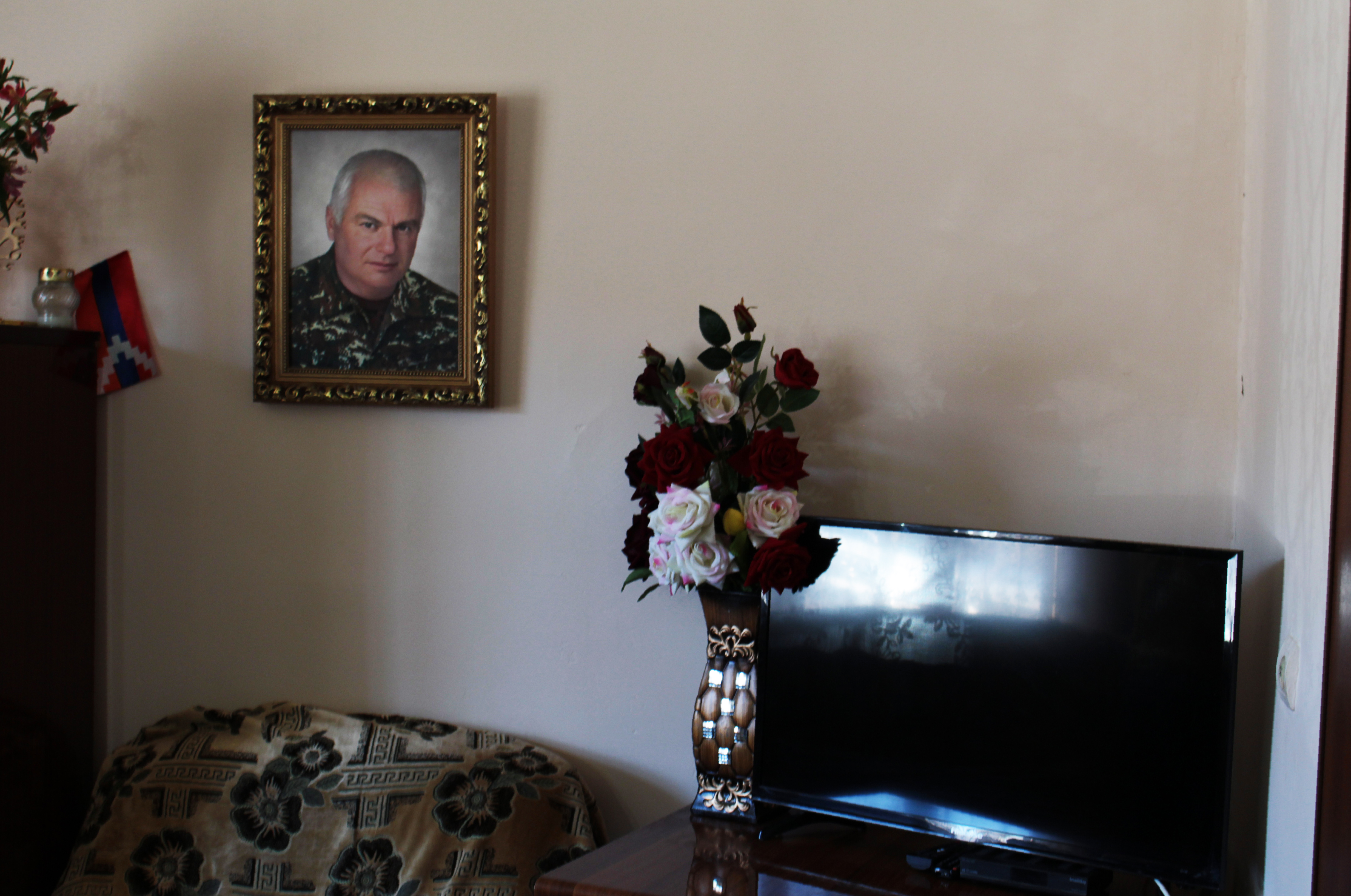 “The roof of the house was changed, a new bathroom was installed, the annex, which was added some years back was also renovated,” explained Grigoryan’s widow Armenouhi. Ararat was martyred on Oct. 22, 2020, while defending the village of Baydagh. “We are grateful to the Tufenkian Foundation for this meaningful gift, which honors my husband’s memory. It is our hope that this program continues so that others who also need help during this difficult time will receive it,” Armenouhi Grigoryan added.
The intimate ceremony was attended by the village mayor Arman Aleksanyan, representatives from neighboring villages, as well as representatives of the Tufenkian Foundation’s Stepanakert and Yerevan offices. 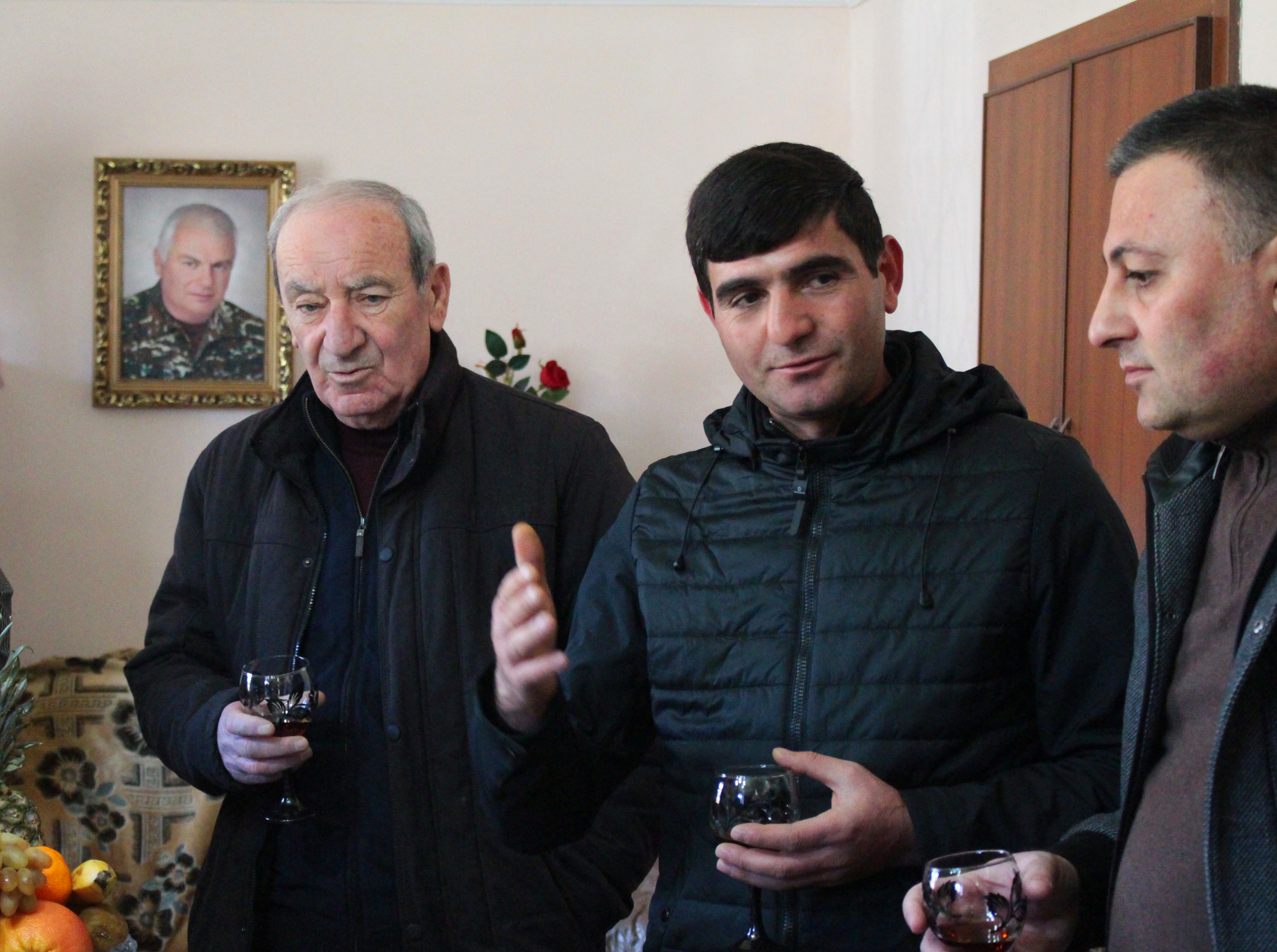 Since the 2016 April War, the Tufenkian Foundation has been actively supporting wounded soldiers and the families of fallen soldiers. “We have identified wounded veterans and families of fallen soldiers who require immediate assistance regarding accessible housing in Martuni’s villages. Today, we are proud to hand over this house to Ararat’s family, to honor the memory of a patriot, who so bravely volunteered to protect his people,” Tufenkian Foundation director Greg Bedian said. Homes in the region that were damaged during the war are also being repaired and renovated. 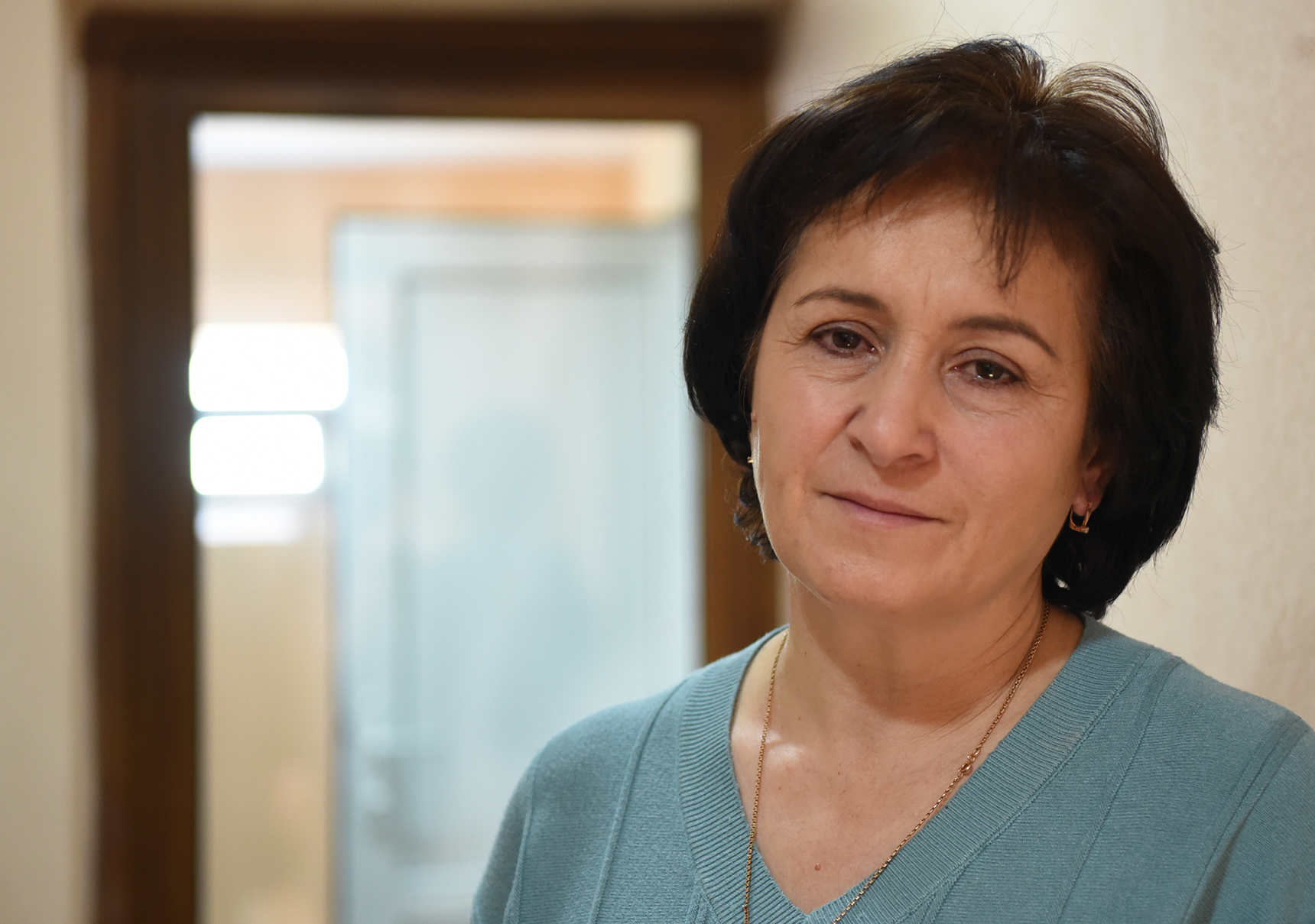 After consultations with Artsakh authorities following the 2020 War, the Tufenkian Foundation decided that it would carry out its work in the Herher cluster Martuni region of Artsakh: in Herher and its surrounding villages, including Tsovategh, Kherkhan, and Machkalashen. The Grigoryan’s home is the tenth home in the region that the Foundation has renovated over the past year. 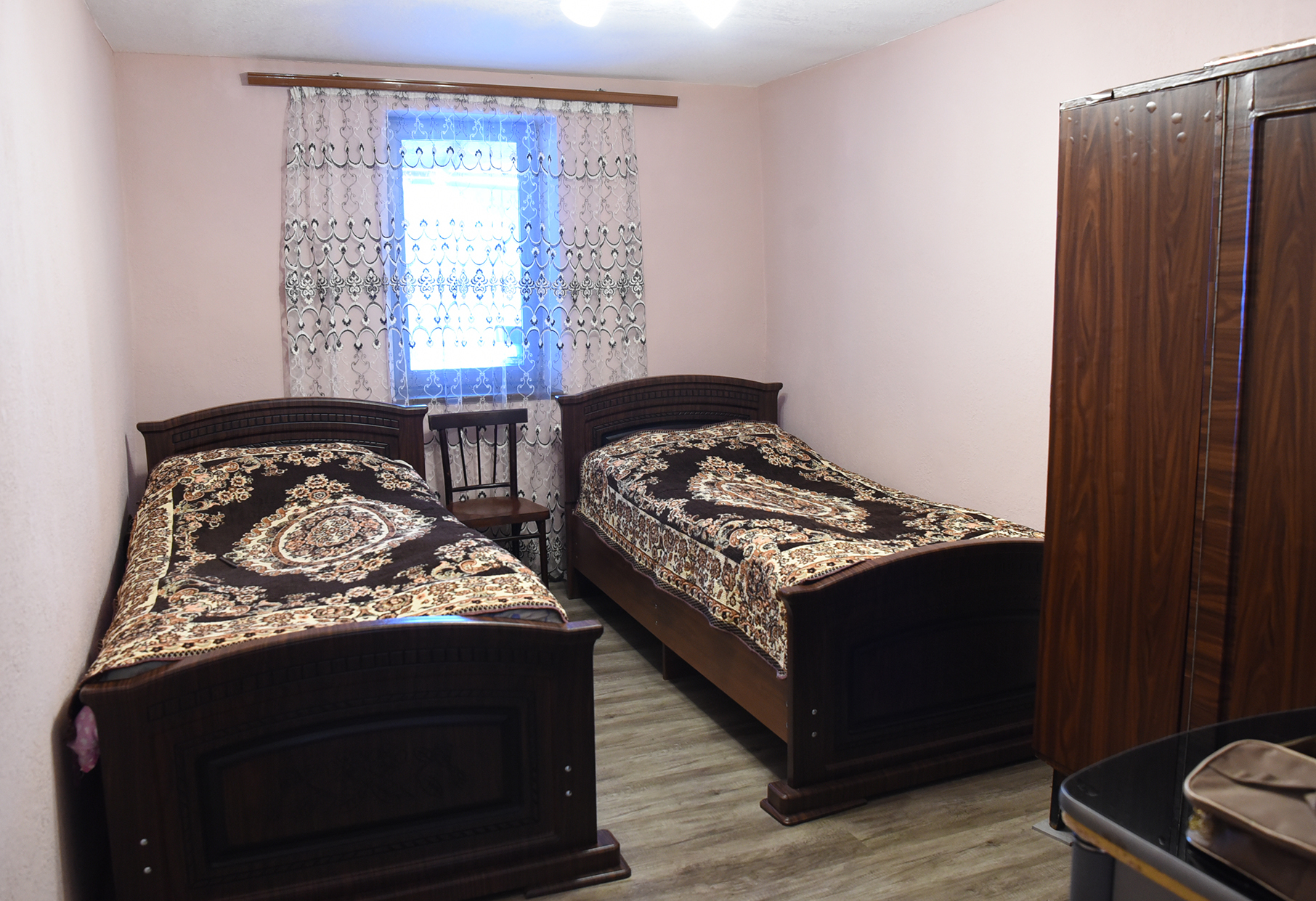 One of the renovated bedrooms (Photo: Margarita Petrosyan/ArtsakhPress)