STEPANAKERT (Tufenkian Foundation)—The Tufenkian Foundation recently announced the launch of “Bringing the World to Artsakh”—a series of visits by well-known and up-and-coming Armenian personalities from Armenia and the Diaspora to Artsakh. The first visit, which is organized in partnership with the Hamazkayin Armenian Cultural and Educational Society’s Artsakh office, will take place on May 7-8, 2022, and will feature bestselling Armenian author Aram Avetis (Yerevan) and musician, singer, and author, Apo Sahagian (Jerusalem). 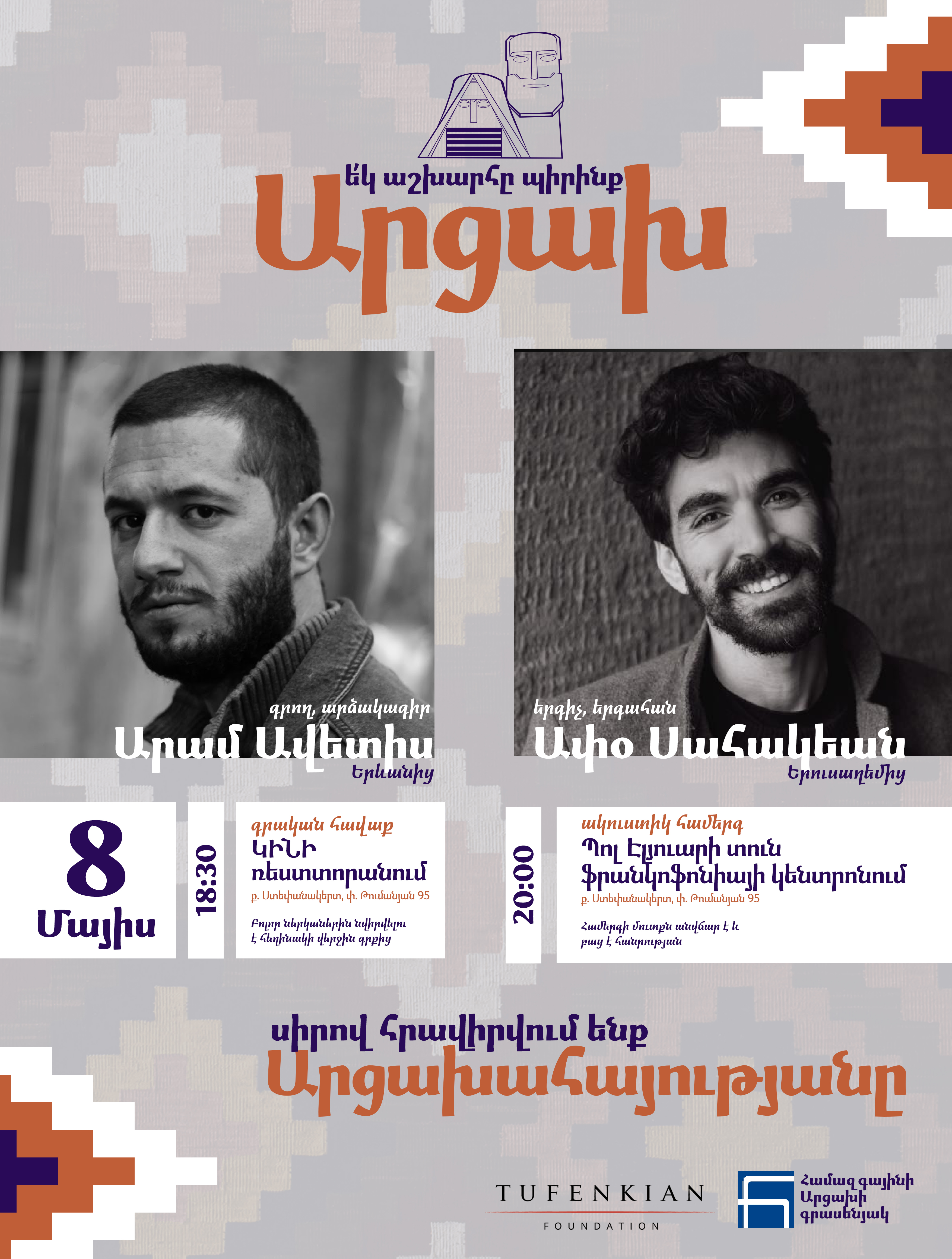 “The purpose of ‘Bringing the World to Artsakh’—or ‘Yek, ashkharhuh pirink Artsakh’ in the local dialect—is two-fold: to engage and motivate the local population and to help raise Artsakh’s profile in Armenia and internationally,” explained Tufenkian Foundation public relations director Rupen Janbazian. “These visits will not only include public performances, but also speaking engagements, roundtable discussions, meet-and-greets, exhibitions, and workshops,” Janbazian added.

The first installment of “Bringing the World to Artsakh” will feature a double-header event on May 8, in Stepanakert. Avetis will be presenting his latest book When the Rats Knew How to Read («Երբ առնետները կարդալ գիտեին») at 6:30 p.m. at KINI Stepanakert (95 Tumanyan Street). Copies of book will be given to all in attendance, compliments of the Tufenkian Foundation. Sahagian will then perform an acoustic set of Armenian folk and original songs, at the Paul Eluard Francophone Center (also 95 Tumanyan St) at 8 p.m. Admission to both events free and open to the public.

During their visit, Avetis and Sahagian will be meeting with student groups and representatives of Artsakh’s different media outlets. Sahagian will also be performing an acoustic set in the town of Martuni (details forthcoming).

About Aram Avetis
Aram Avetis (Aram Avetisyan) was born on May 25, 1990, in Yerevan. Following his mandatory military service, Avetis entered the film department of Yerevan State Institute of Theatre and Cinematography where he earned a Bachelor's and later a Master's degree in Film Studies. 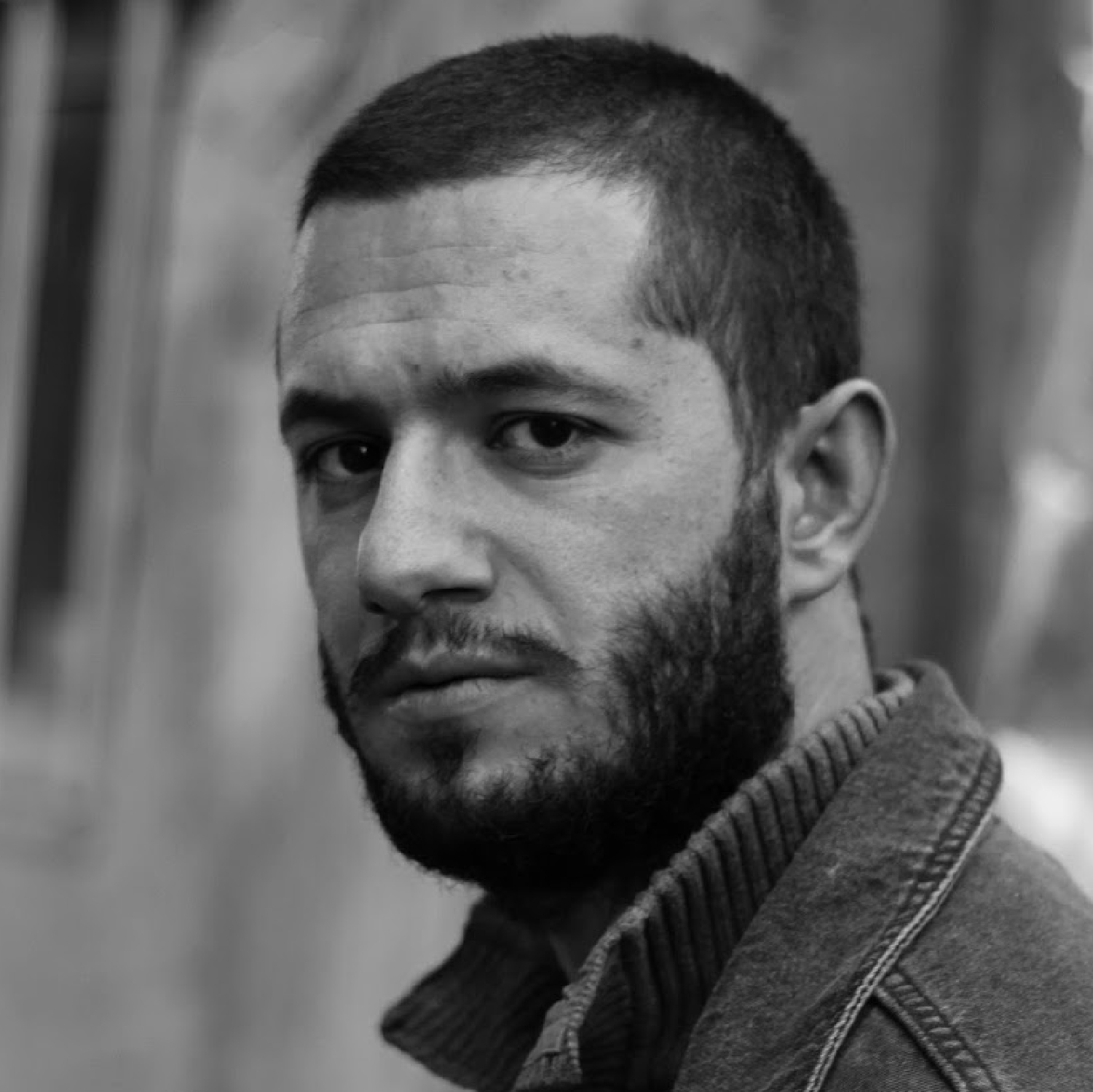 Avetis began writing at the age of 17. The first work, a poem entitled "Nietzsche's house,” was published in Andin magazine. In 2016 he was awarded the Slavik Chiloyan Award for his series of essays published in 2015. His debut book, entitled Blind Punctuation, has been republished four times. Avetis’ second book, Architectural Mutation, was published in 2019 and was also a national bestseller. In 2020, the author's third book, When Rats Knew How to Read, was shortlisted for the European Union Prize for Literature (EUPL).

Apo Sahagian was born and raised in the Armenian Quarter of the Old City of Jerusalem, to a family that settled there as survivors of the Armenian Genocide. He learned to play the guitar while attending the local Armenian school and began to compose original music at 13. By 2008, he had already made a name for himself as a talented guitarist. In late 2013, he started his own Arabic pop-rock band, Apo & the Apostles. The band went on to have a string of local and regional hits. 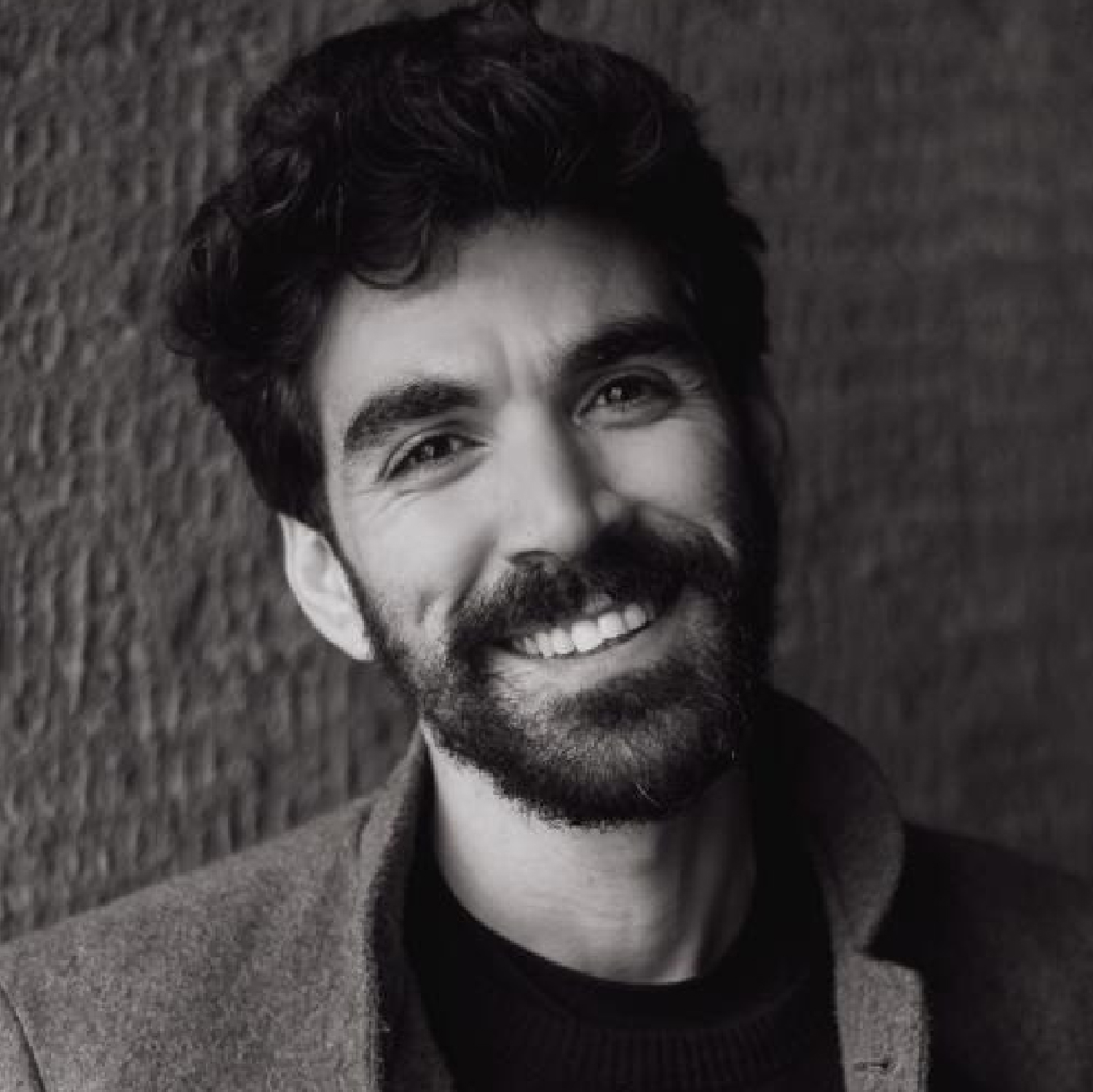 Apo is also well-known for his solo renditions of Armenian folk songs and collaborations with Armenian artists (Arthur Khachents, Ani Kharatyan), which have gained a dedicated following in Armenia and the Diaspora.

His latest album of Armenian folk and original songs “Menk” was released on April 1.

About ‘Bringing the World to Artsakh

’“Bringing the World to Artsakh” is a series of visits by well-known and up-and-coming Armenian personalities from Armenia and the Diaspora to Artsakh, organized by the Tufenkian Foundation. The purpose of “Bringing the World to Artsakh” is to engage and inspire Artsakh’s population and to encourage visits to Artsakh’s different regions. Visits will feature musical and theater performances, public lectures, roundtable discussions, book presentations, exhibitions, and workshops.