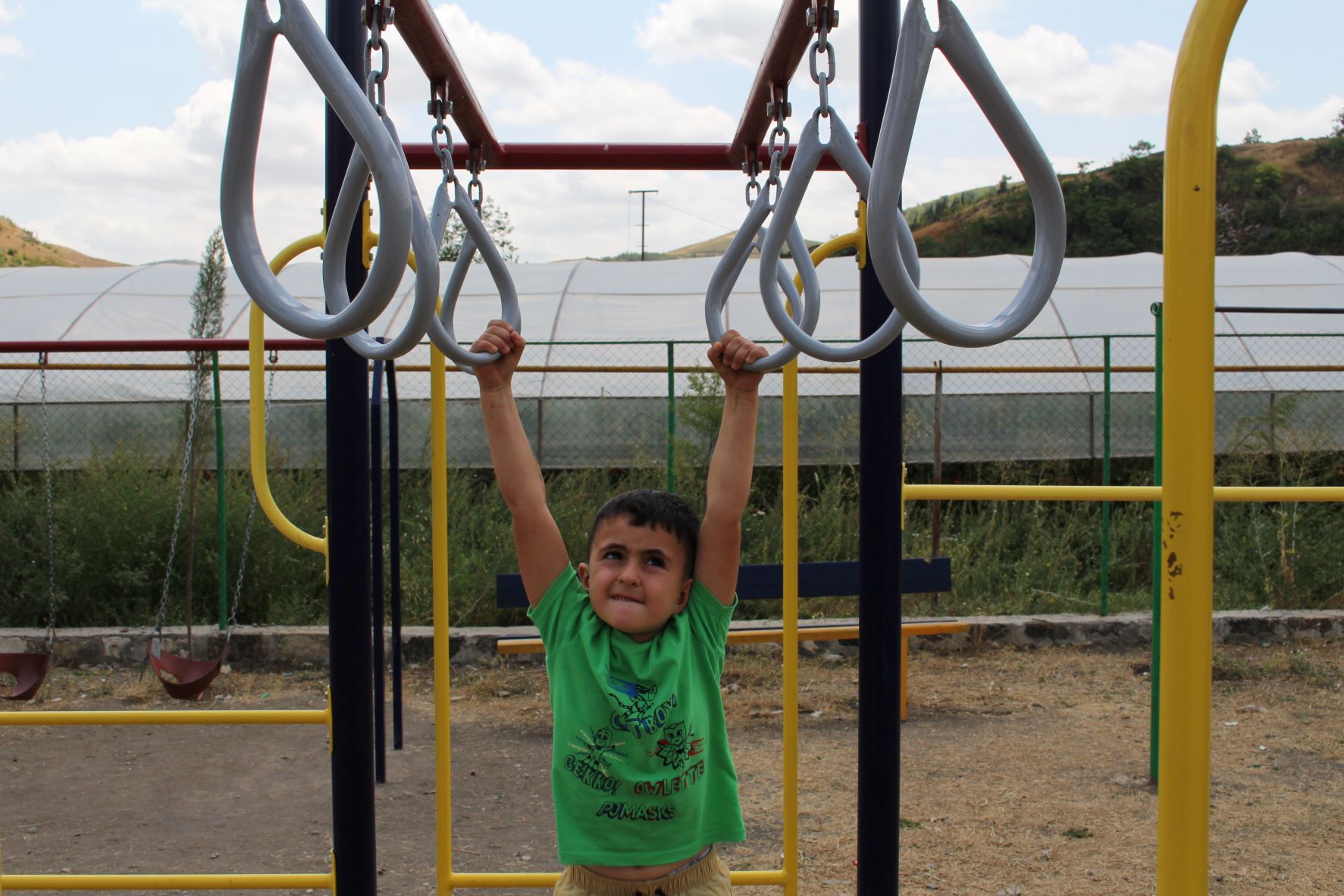 Herher/Machkalashen, Artsakh (TUFENKIAN FOUNDATION)—The official opening of two new playgrounds in Martuni’s Herher and Machkalashen villages recently took place as part of the Tufenkian Foundation’s Herher Village Cluster Restoration and Redevelopment program. The playgrounds have already been serving as safe and welcoming spaces for the 200 children in the two villages for the past few months. 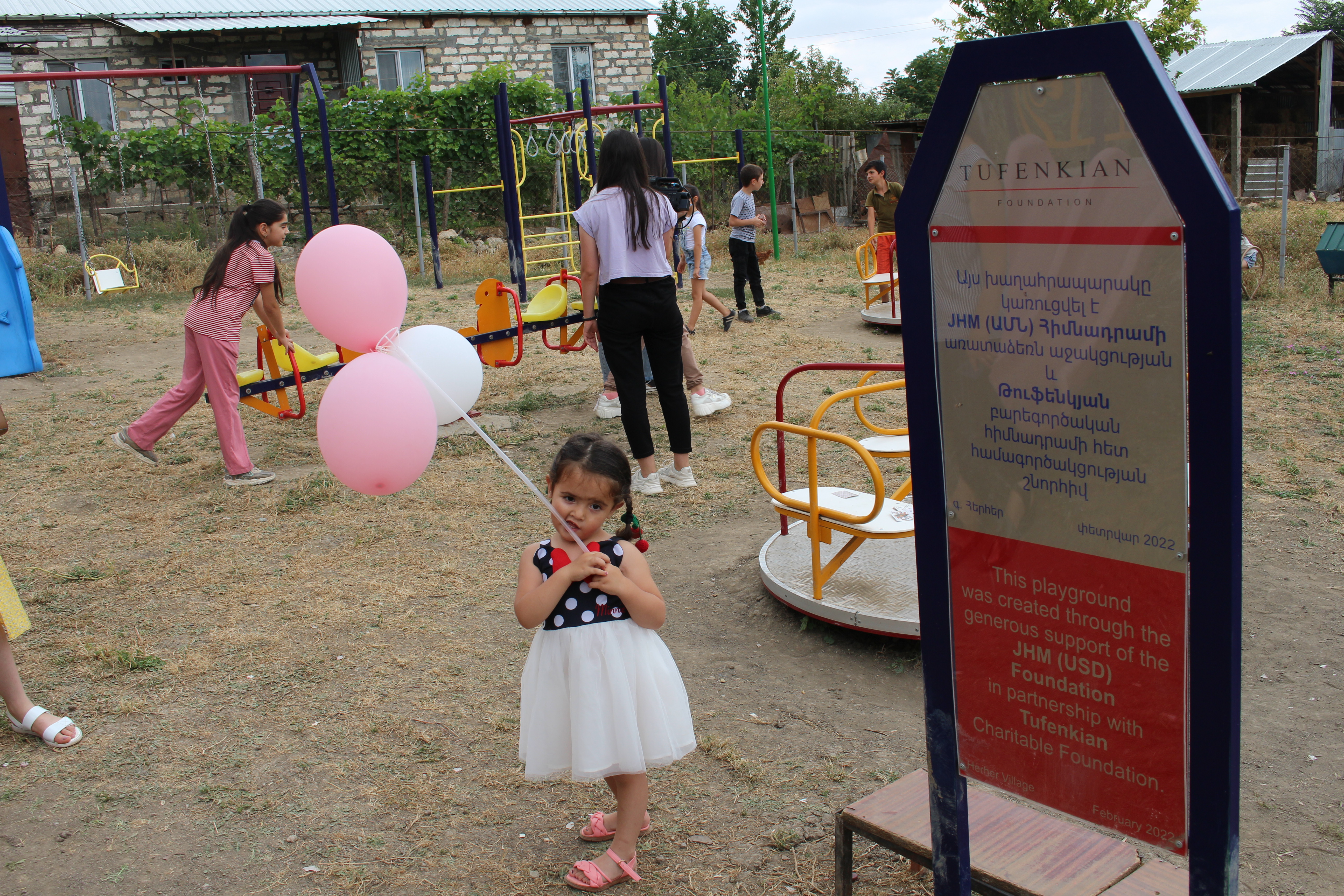 The villages’ children and their families, the two mayors, and representatives of the Foundation’s Artsakh and Yerevan offices attended the ceremonies, which took place on July 28.

The Herher playground was built thanks to a partnership between the Tufenkian Foundation and Los Angeles-based JHM Foundation. Established by their namesakes, John and Hasmik Mgrdichian, JHM supports Armenian communities worldwide. The ceremonial ribbon was cut by Herher Mayor Arman Aleksanyan and Tufenkian Foundation director Greg Bedian. 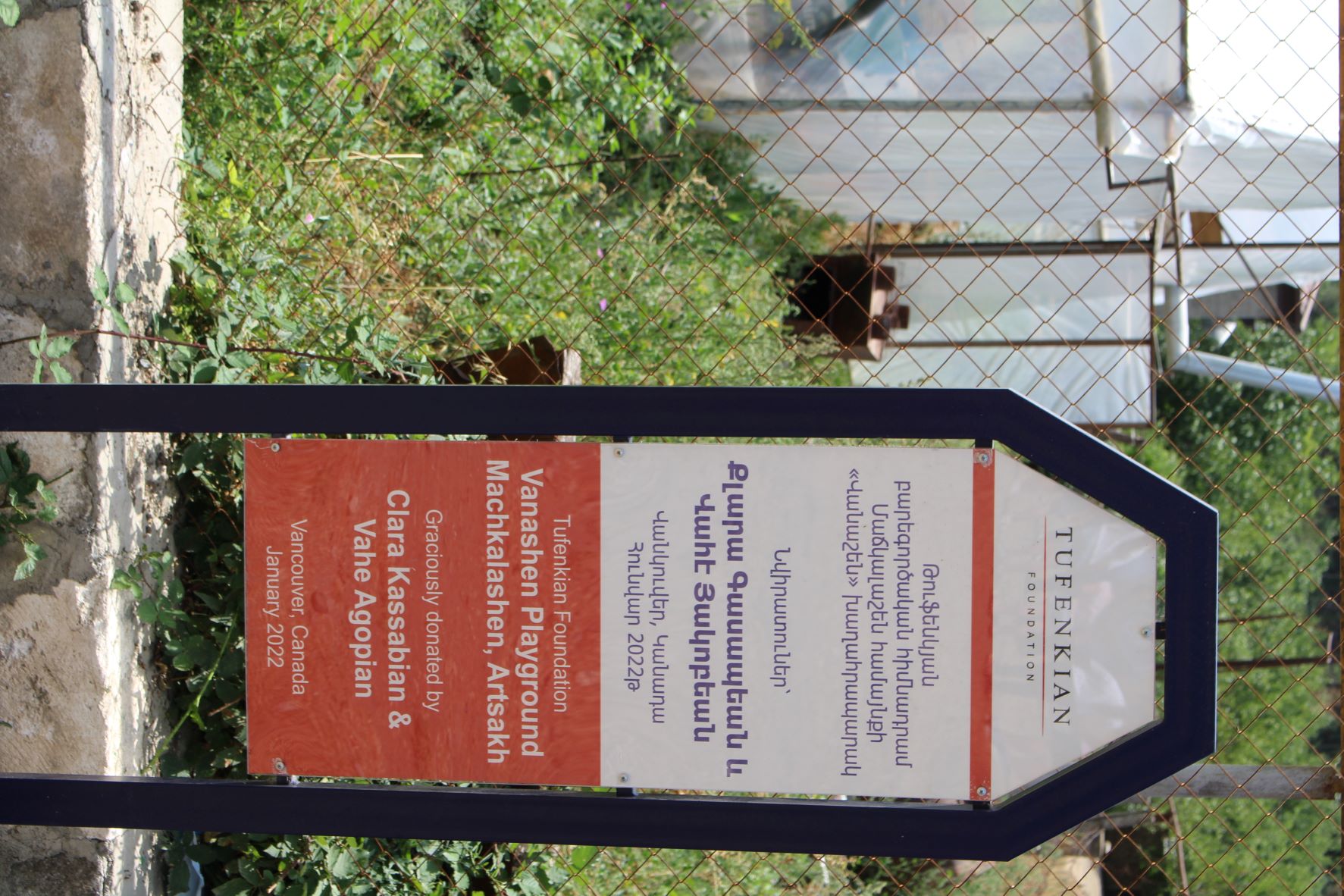 The 'Vanashen Playground' in Artsakh’s Machkalashen village was donated in honor of Clara Kassabian and Vahe Agopian of Vancouver. (Photo: Tufenkian Foundation)

“The 80 school- and 35 preschool-age children in the village will now have the opportunity to play together outside, disconnect from their screens, and, if even for an hour a day, forget their worries. The children needed a space like this, especially in the summer months, when they are out of school,” explained Herher Mayor Aleksanyan. 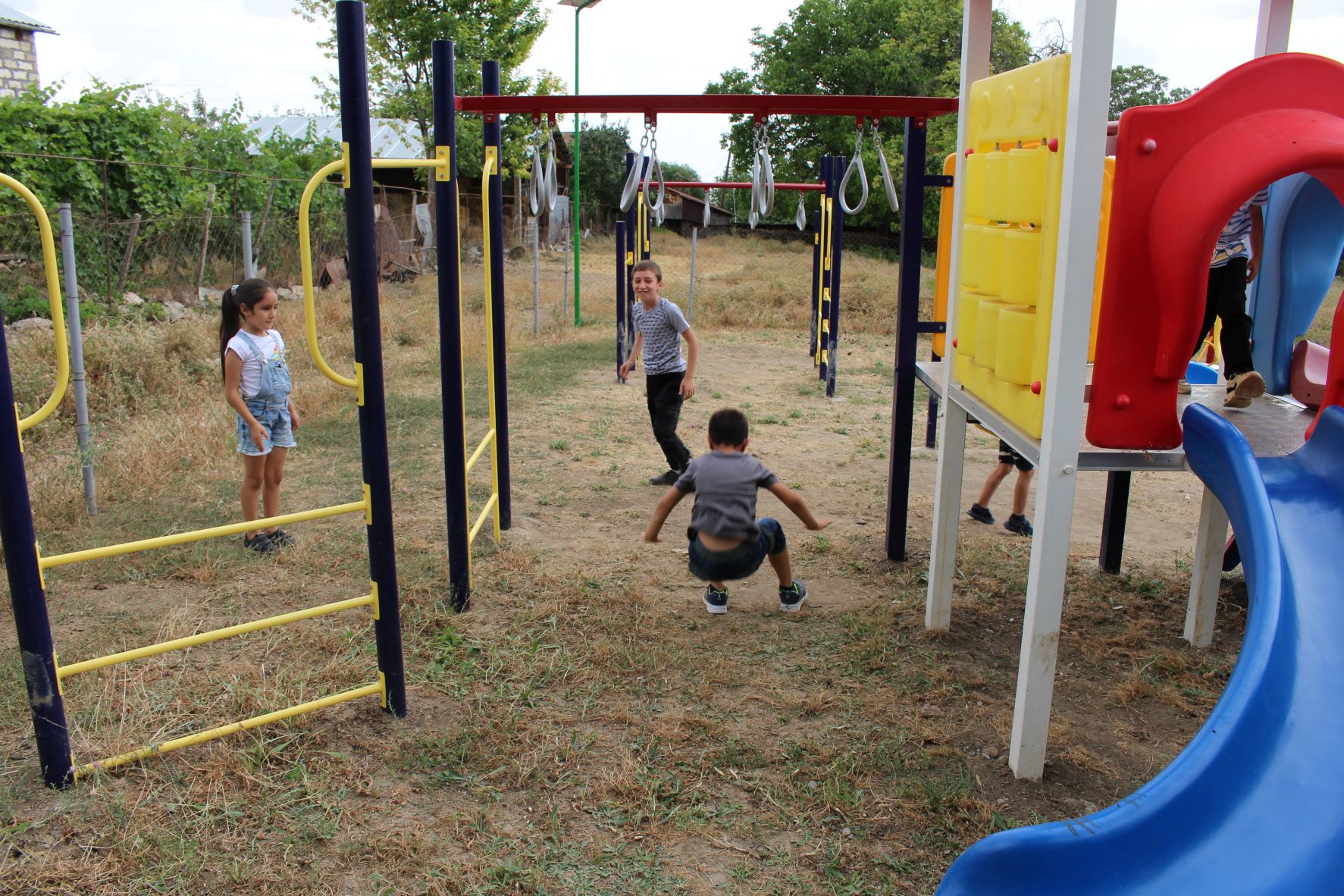 Speaking to local reporters, Edvin Grigoryan, Tufenkian’s director of Artsakh programming, said the playground would help the village’s children better interact with one another and thus, allow them to develop social and interpersonal skills. “We must create comfortable conditions, so families stay in their villages. In this process, we should never forget the children—the future of our nation. The establishment of playgrounds and places of leisure and entertainment for kids is crucial,” Grigoryan explained. 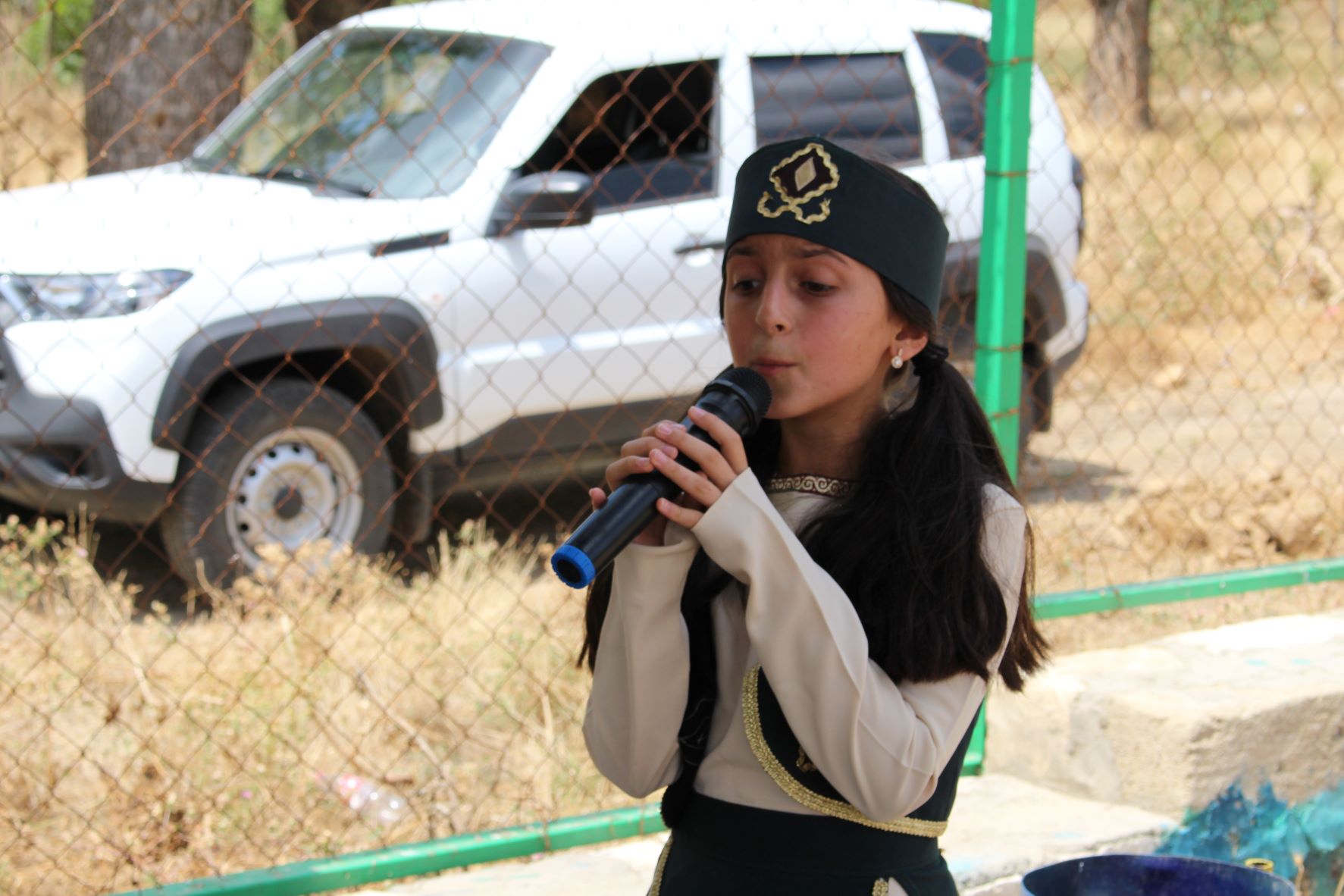 One of the children of Machkalashen recites a poem at the official opening of the 'Vanashen Playground' (Photo: Tufenkian Foundation)

Following the 2020 War and consultations with Artsakh authorities, the Foundation decided to work in the Herher cluster in the Martuni region of Artsakh, focusing on Herher and its surrounding villages, including Tsovategh, Kherkhan, and Machkalashen.

The playground in Machkalashen was renovated and outfitted with brand new equipment thanks to a generous gift by Sevan and Hagop Agopian of Vancouver, Canada, in honor of their parents, Clara Kassabian and Vahe Agopian. At the request of the donors, the playground was named the “Vanashen Playground.” 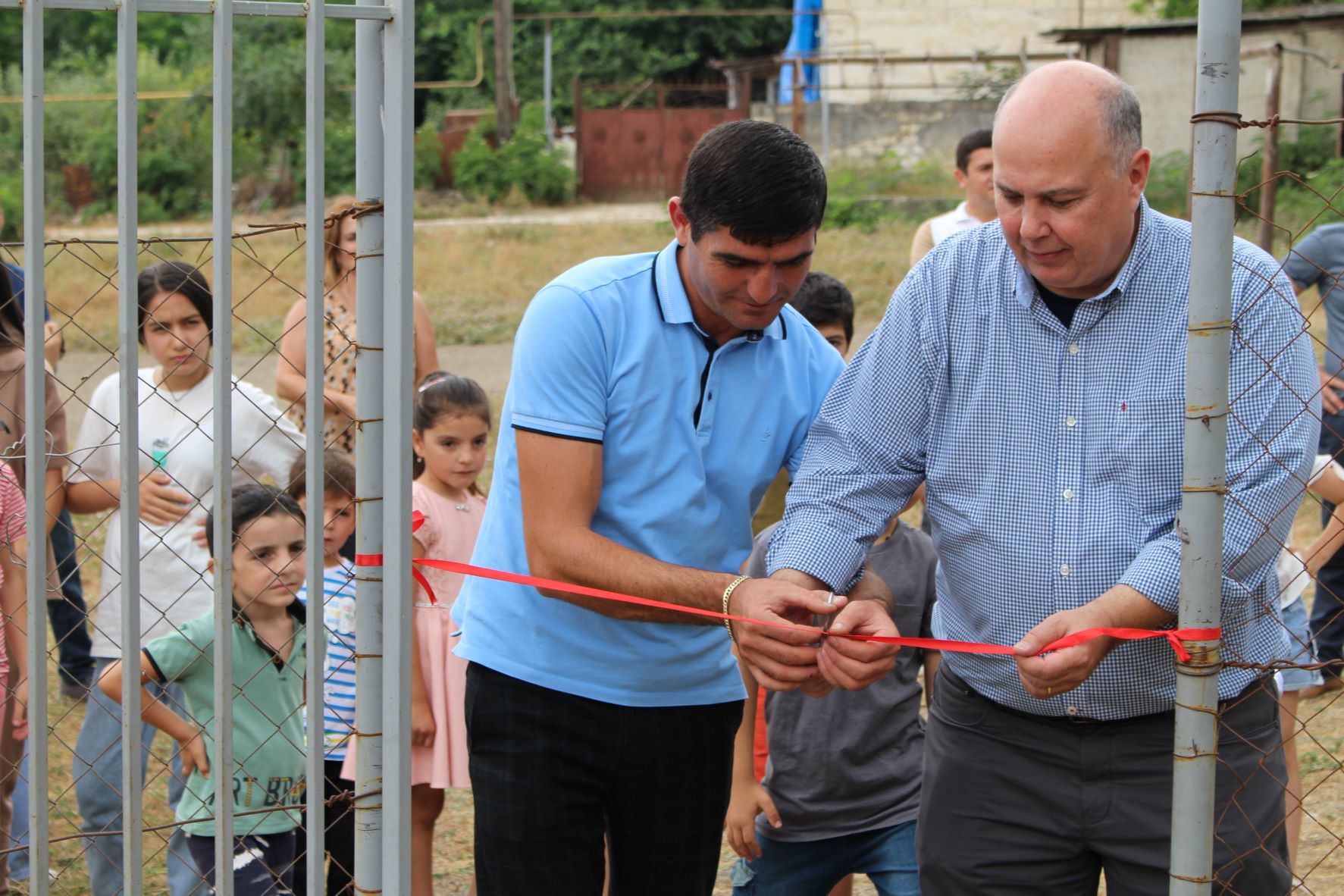 Machkalashen’s Mayor Lernik Avanesyan, who thanked the Canadian-Armenian donors and stressed the importance of such playgrounds in Artsakh’s villages, joined Bedian in the ceremonial ribbon cutting. “There are about 80 children in this village; they spend most of their day in this playground. Today marks the start of a new and exciting opportunity for our village and the development of community life here,” Avanesyan said. The new playground equipment includes swing sets, a jungle gym, a merry-go-round, a seesaw, and slides. 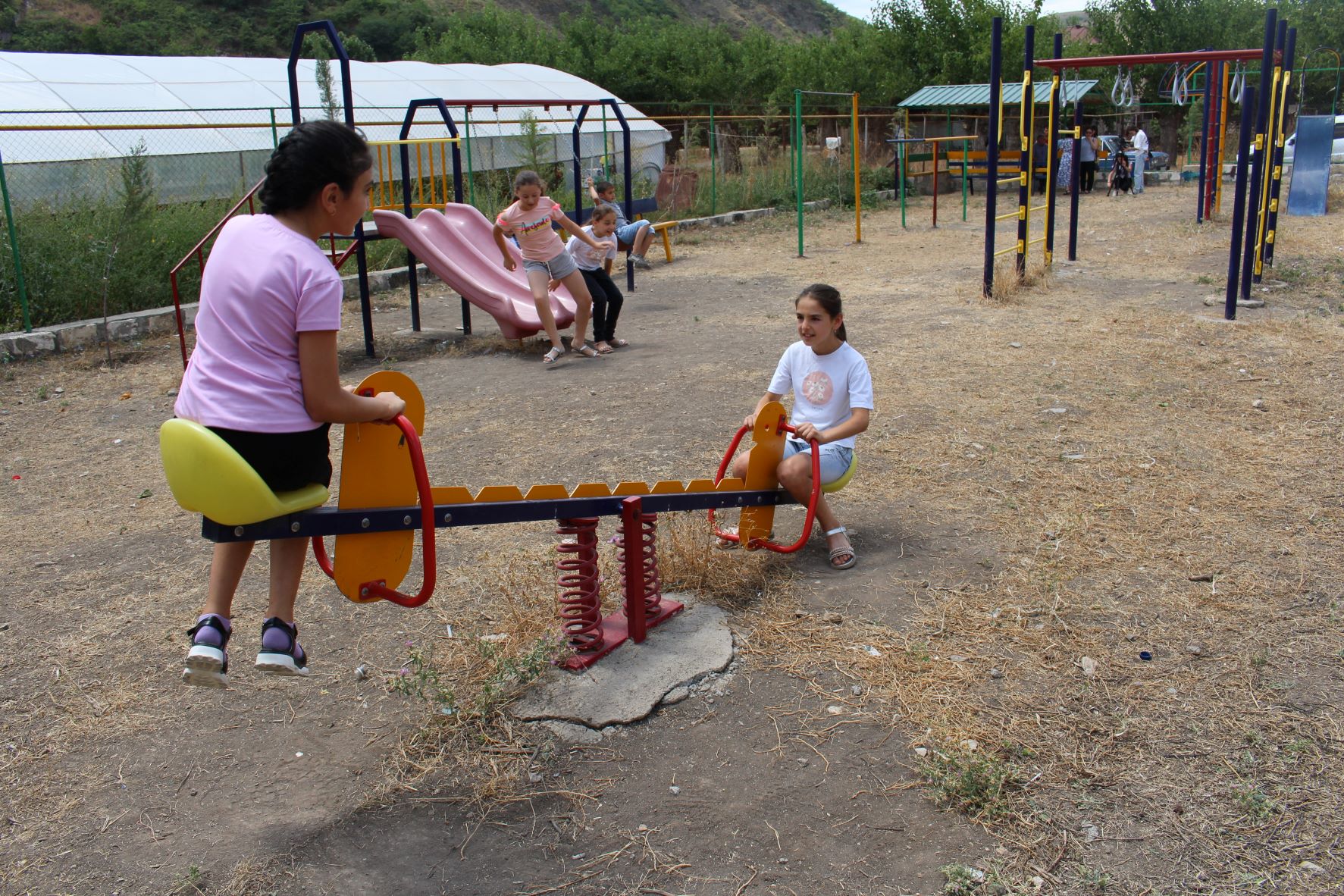 Following the ceremony, six-year-old Lilly, born and raised in Machkalashen, expressed her joy about the playground, which, according to her, not only provides her an opportunity to play but also to spend time with her dear friends outside of her school. "I love this playground because I get to play with all of my friends here. I want to keep coming here every day," Lilly explained.