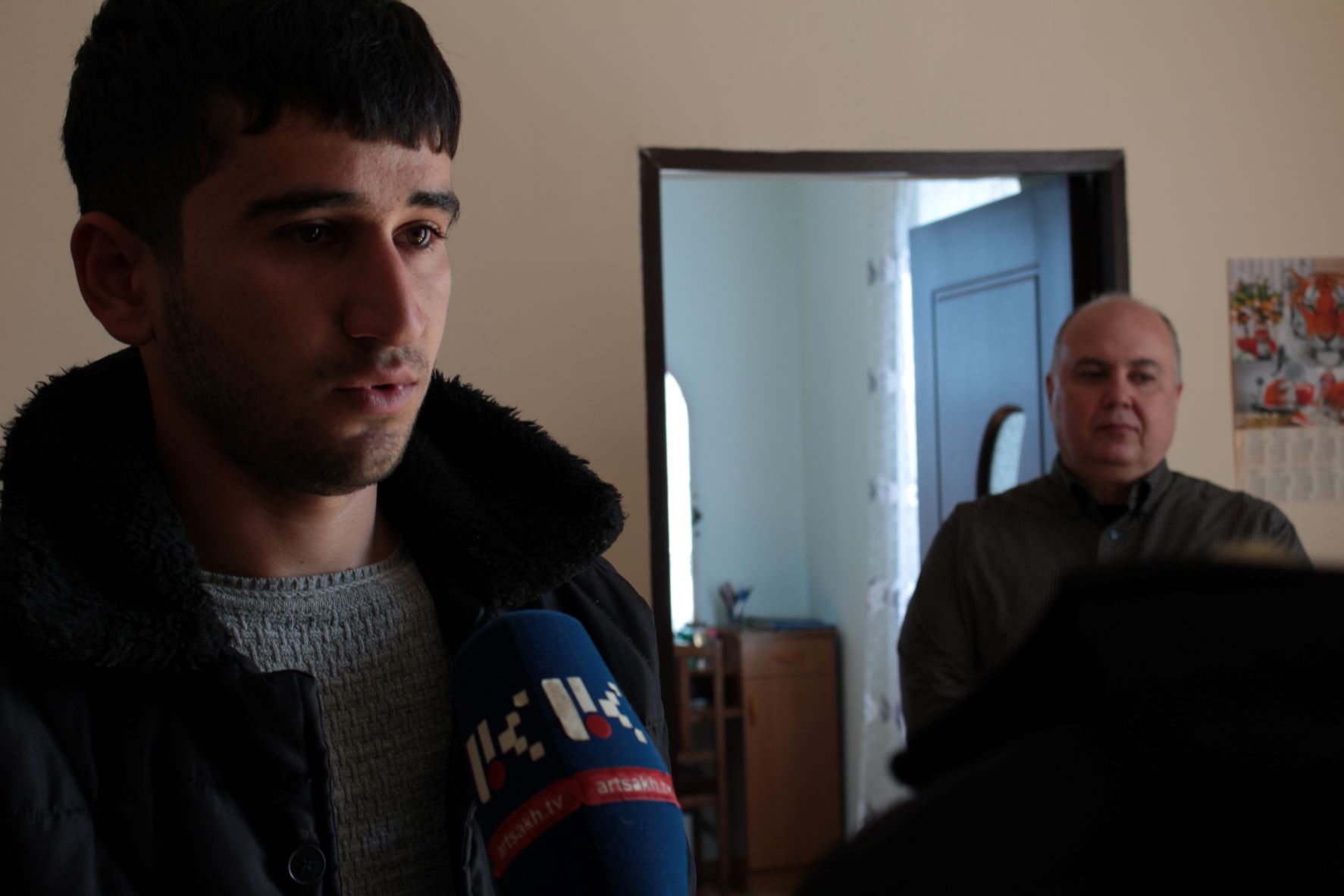 Another home damaged in 2020 Artsakh war renovated by Tufenkian Foundation

Another family in Artsakh’s Martuni region was given the keys to its renovated home last week. The home of the Grigoryan family of Herher village had sustained major damage by Azerbaijani shelling during the latest war. 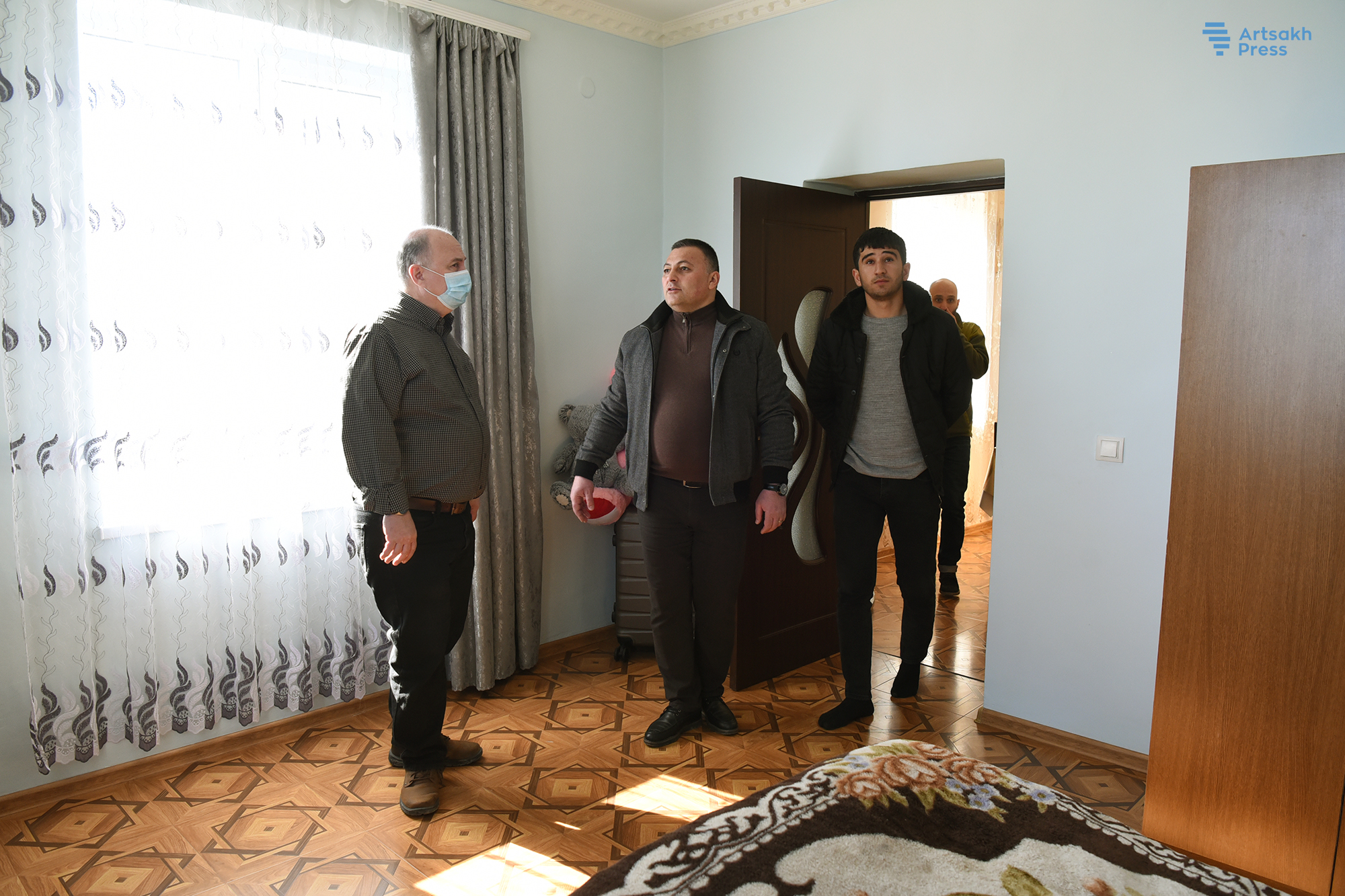 The Grigoryan home was hit three times by Azerbaijani fire in Oct. 2020. Its roof, doors, exterior walls, and windows were severely damaged as a result. “The home was no longer habitable. We are thankful for the Tufenkian Foundation and all its donors for renovating our home and allowing us to stay in our village,” Marat Grigoryan explained during an intimate ceremony on Feb. 8, which marked the completion of renovations. Six members of the Grigoryan family live in the family home. Marat, who participated in the 2020 War, recently got married and hopes to build a family in the home he grew up in. “We intend on putting down roots here,” Marat said.

The ceremony was attended by the village mayor Arman Aleksanyan, representatives from neighboring villages, as well as representatives of the Tufenkian Foundation’s Stepanakert and Yerevan offices.

The residents of Herher and its surrounding villages came under heavy bombardment during the 44-day war against Azerbaijan in 2020. Early in 2021, thousands of families who had fled the region during the intense battles returned to their homes, many of which had sustained substantial damage. Many of these villages are now only a few kilometers from the Azerbaijani border. 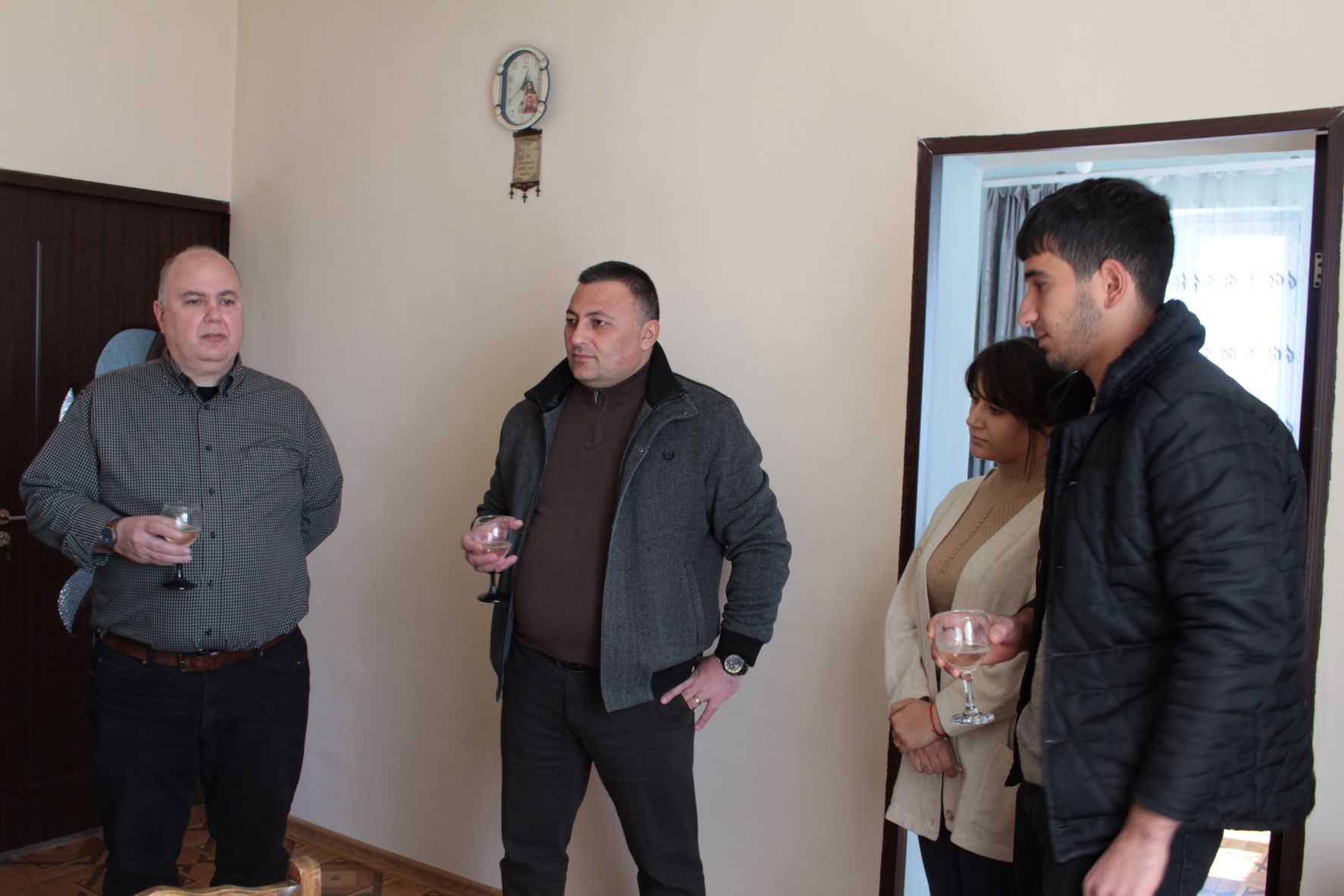 “Our priority is renovating the damaged homes in the region. We also do our best to help our wounded soldiers by renovating their homes and making them more accessible,” explained Tufenkian’s Artsakh project manager Edgar Danielyan.

After consultations with Artsakh authorities following the 2020 War, the Tufenkian Foundation decided that it would carry out its work in the Herher cluster Martuni region of Artsakh: in Herher and its surrounding villages, including Tsovategh, Kherkhan, and Machkalashen. The Grigoryan’s home is the ninth home in the region that the Foundation has renovated over the past year.

The Tufenkian Foundation has also assembled an integrated plan composed of complementary initiatives that contribute to meeting the educational, health, economic, and other needs in Artsakh’s Martuni region.