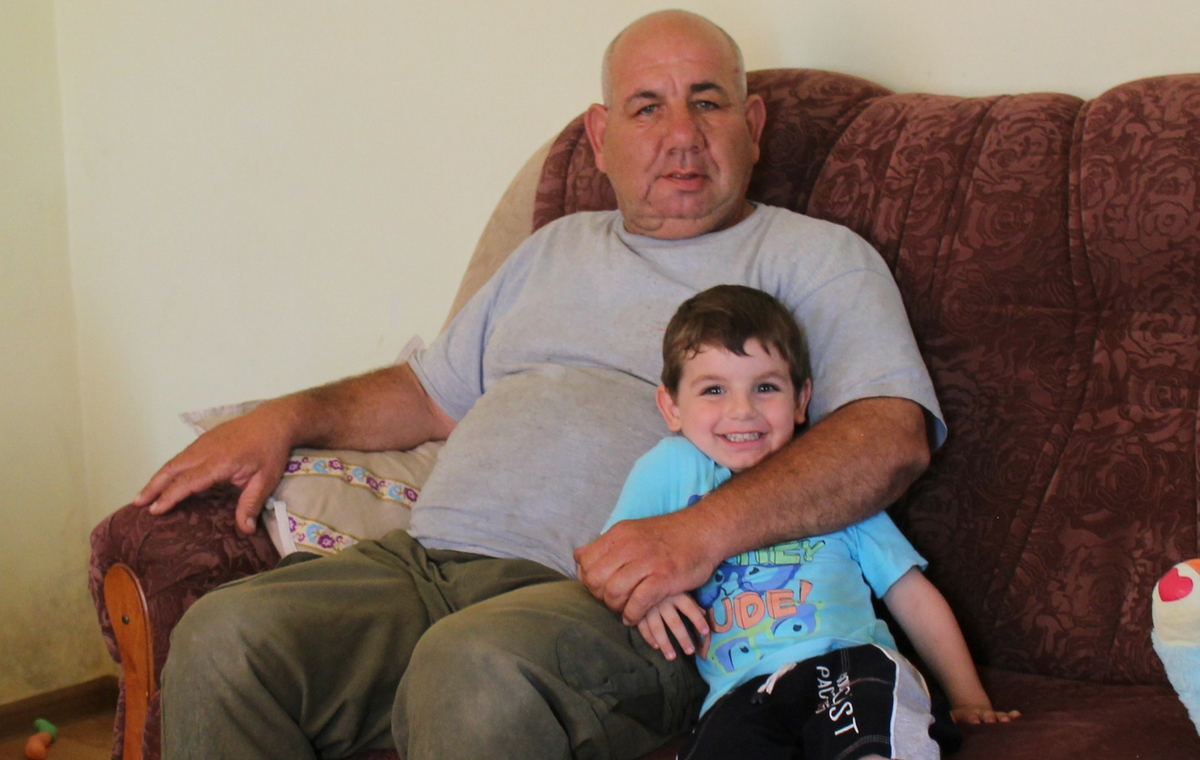 "My parents would be so proud of my brother and me for moving here and tying our future to Artsakh. This is what they always wanted for their children. This was their dream. And I hope that somehow, they know that we live here now and that we are not going anywhere".​

Artin Sanosyan is a Syrian-Armenian, who resettled in Artsakh about six years ago. With his brother Sebouh, he lives in a home provided by the Tufenkian Foundation.

12 years ago, Sebouh Sanosyan, Artin's older brother, moved to Artsakh. This was a turning point for the two brothers, one that changed their lives forever. "We had dreamed of returning to our homeland since I remember myself, and this was the start of making this dream a reality."

Sebouh was one of the first Syrian-Armenians to resettle in Artsakh. For a long time, his friends and relatives couldn't understand his decision to leave behind a comfortable life and move to a place that was not only in a conflict zone but also mainly in ruin. "Almost everyone we knew didn't believe we were serious about making a permanent move. But we were."

In 2011, when Syria plunged into a civil war, many Syrian-Armenians started relocating to Armenia and Artsakh. Kashatagh, the liberated region connecting Artsakh to Armenia, is now home to many of these families. But back in 2006, when Sebouh first arrived in Kashatagh, this wasn't the case. "I like to think of my brother as a pioneer. He came to Artsakh when many of our neighbors, friends, and relatives thought this was crazy. Now, I am beyond happy to see more and more families moving here."

The first seven years of living in Artsakh weren't easy. Artin's brother came to Artsakh with nothing, save for his determination to build a home and a new life here. The first difficult choice he had to make was choosing a village to settle in. Although he had decided early on to live in Kashatagh, he wanted to find the entire town for himself and his brother. "For other people, it may not make much of a difference in which village to live in, but Sebouh and I are farmers. What land we live on is essential for us."

After moving from one village to another and sustaining himself with seasonal agricultural work for years, Sebouh finally decided to settle in Ishkhanadzor, one of the fastest-growing communities in Southern Kashatagh, both suitable for farm work and was particularly accommodating of newcomers.

After Sebouh had found their new home, Artin started preparing for his move to Artsakh.

Both brothers were born and grew up in Syria. They still have family ties and even work relations with their former home, where they used to lead a rather profitable agricultural business. "Our lives were most comfortable, but there was always something missing. We always knew we would leave Syria eventually."

When coming to Artsakh, Artin knew precisely where he was going. "I didn't have pink glasses on. I was perfectly aware of the hardships our homeland presented. I was in touch with my brother during all these years and shared all his difficulties. And yet, I never hesitated."

Artin arrived at Ishkhanadzor in 2012. During the same year, the two brothers crossed paths with the Tufenkian Foundation, actively involved in supporting re-settlers and refugees with housing support across Kashatagh. Learning about the steep path Sebouh had undergone in Artsakh, the Foundation decided to build homes for the two brothers.

Soon, the brothers had a home of their own – a large, newly built house in the Ishkhanadzor village, where several Syrian-Armenian and Lebanese-Armenian families have resettled in recent years.

"I don't like to talk about this, but there was even a time when my brother had to live in his car. After years of uncertainty and insecurity, moving into this house was a moment of relief and happiness. This was when our lives started getting better".

When Sebouh first moved to Kashatagh, many villages were in ruins, lands hadn't been cultivated for years, finding machinery was "a big headache," and even when all their hard work resulted in a good crop, selling it for a profit was not an easy task. These were difficult and often discouraging years not only for Sebouh but for everyone living here.

"My brother has been here for 12 years, and it's my 6th year in Iskhanadzor. And I have to say that the changes we see here are immense", said Artin.

Now, Kashatagh offers more opportunities and more security. "Everything you see here has been built in recent years – houses, schools, clinics… life is so much better now".

The home of Artin and Sebouh is always full of children's toys and laughter.

The two brothers live together as they had always planned. Here, they continue working in agriculture, cultivating, growing, and selling various crops, fruits, and vegetables. They have gained a reputation among villagers as exceptionally hardworking farmers.

"Getting help from the Tufenkian Foundation was wonderful, and maybe we wouldn't have made it without this support, but I have to say that we never stopped working, and we never just relied on outside help." Instead, Artin and Sebouh have continued working hard to build and grow their surroundings. At the moment, they are building a storage area adjacent to their home, which will make it easier to store and sell their produce, expand their agriculture efforts and perhaps even hire some people to work for them.

Artin and Sebouh are building a storage unit to expand their business.

The brothers still visit their previous home from time to time and have kept in touch with friends and relatives there. "Now all our friends look up to us for moving here. But most importantly, I know that my parents would be so proud of my brother and me for moving here and tying our future to Artsakh. This is what they always wanted for their children. This was their dream. And I hope that somehow, they know that we live here now and that we are not going anywhere".

Artin and Sebough still have many hardships to overcome. Agriculture is always risky and somewhat unpredictable. "You can never fully control the process, but that is beautiful in its way," said Artin.

"Many Armenians go to the ends of the world looking for a better life. They think it will be easier to make a living in Europe, or America, or even in Australia. But it's not easy anywhere. You have to be ready to work. So why not come live in your land, and work for your own country, where you know you will always be welcome".

"As farmers, our life is tied to the land, and we wanted to tie our life to the land of Armenians, to our native land. We wanted to build our dreams here".

Sebouh has married and has two small children. Artin is still single but hasn't given up on his dream of starting a family of his own in Ishkhanadzor.